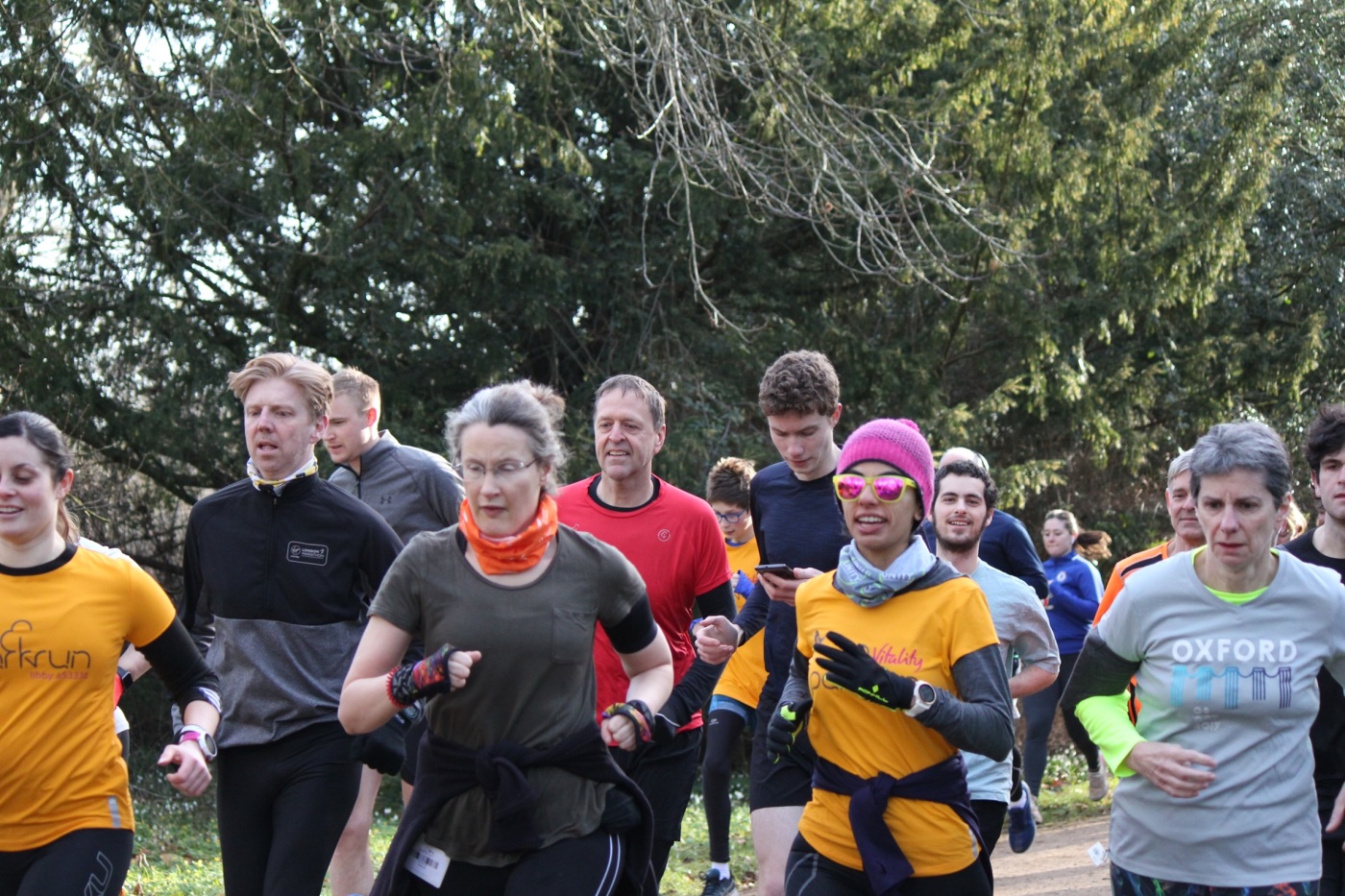 Some years ago (I won’t say how many, except that it was in the last century), Cathy Tabor started her nurse training in Oxford. She was to spend many of her ensuing Saturdays, when she wasn’t on duty, with a certain young man of her acquaintance called Martin Bishop, who was rather keen on spending as much of his free time as possible with her, as she was to spend her free time with him. Some of that time together included walking in the sight of the dreaming spires of Oxford: sometimes Christchurch Meadow or Port Meadow or University Parks.

Fast forward several years to the time when the now, Mr and Mrs, Martin and Cathy, Bishop were blessed with the birth of their first child, born at Oxford’s John Radcliffe Maternity Hospital. They were similarly blessed, some 20 months after  that, with the birth of their second child at the same hospital. Two decades later, one of the Bishop children went on to study and graduate at St Hugh’s, Oxford.

Then last October, I took part in my first Half Marathon event located in and around Oxford city centre. Kilometre 18 and 19 of the 21.08 km course meandered its way through University Parks, tantalisingly near to the finish line in Parks Round, and yet still another 2km to go. I well remember the blend of exhilaration and exhaustion at this point. My pace was flagging, but I still kept willing myself on to the end, imagining that I was (“only”) at a parkrun, 3km done, and “just” another less-than-half a parkrun to go, with perhaps enough left in the tank for a cheeky sprint in the last 100m to the finish.

And with that sentimental preamble concluded,  (thank you for bearing with me, dear reader), I return to the present, clad in running attire with my sweetheart beside me, ready for our first-time at University Parks parkrun. Hooray!

As soon as we had learned that the inaugural of University Parks parkrun had taken place, this venue went straight to the top of our Nearest Event Not Done Yet list. Cathy and I had run at nearby Horspath the previous parkrunday and had already done Oxford (Cutteslowe and Sunnymead Park) a few years ago. So it was just Harcourt and University Parks to do, to get our Oxford badge. (The closest I’m ever likely to get an award, of sorts, appertaining to Oxford)

Starting at the northern end of Oak Walk, participants turn left onto North Walk before tracking the perimeter of the park anticlockwise onto South Walk. A left turn onto Thorn Walk takes participants northwards for a short time, before two right-hand corners sees the course return down Oak Walk to the park’s southern edge. After a left-hand bend, participants follow Riverside Walk northwards, turning left and left again before the pond to re-join North Walk. At the end of their second lap, participants turn left onto Oak Walk to finish alongside the Tentorium.

University Parks is a very nice, flat and fast, two-lapper course on hard gravel paths (spoiler alert and humble brag:  I ran my fastest time, for this year, here today.) Although overall, I prefer ‘cross country’ type of courses (like Tring!-our much loved and sadly “mothballed” home run), rather than urban parks, University Parks is a nice place for a run. It doesn’t feel like it’s in a city, has lots of open green space, and a nice stretch along the river (Charwell). There were 443 runners and 31 volunteers today, so it was a bit crowded at the very beginning, as you have to get through a narrow bit with trees at the start, but the path soon widens out and the participants soon spread out along the route.

I have mentioned this before in a parkrun post but, I am noticing, “post parkrun  un-pause”,  not nearly so many shout-outs to the Marshals as we go around the course. This seemed to be the case again today. The notable exception to this,  in my hearing locale at any rate, was the  “Thanks Marshall” in that familiar voice of the co-presenter of the With Me Now podcasts, none other than Danny Norman,  500-club member and all-round parkrun and podcasting legend.

As well as my “Oxford affiliation” described in the preamble, there was another reason for rocking up at UP’s third event, which was to meet Danny Norman in person. I was not disappointed. It was a pleasure to meet Danny briefly before the run set off. Customary greetings and responses exchanged, (WMN listeners will know the ones) and a mutual acquaintance name-dropped (you know who you are),  I decided to give the chap some space as he made his own preparations for the off. A short while after that, whilst we were mingling and chilling with the other parkrunners, Danny came up to us both to, in his words, greet us properly. Nice chap, totally genuine. Shortly after that Danny, self-ascribed social butterfly, scooted off with his gimbal in his hand (don’t ask!) to get some contextual shots for his vlog.

I didn’t see Danny again until after the run got under way. Danny had started near the back of the run-snake, as is his custom when vlogging, but it was not long before I could hear him approaching, speaking into his camera. He drew parallel, we exchanged further parkrun pleasantries, and then Danny headed off into the distance, as he clearly is a faster runner than I, despite his modest protests to the contrary.

I wasn’t entirely surprised, being an avid viewer of his parkrun profile vlogs, to catch up with Danny a little later on, as he had stopped to include some shots of the natural beauty of the course’s surroundings. I waved to the camera as I passed – well it would have been parkrun-rude not to! A little while after that, Danny caught up with me once more, and the whole leapfrog process repeated a couple of times as we made our way round the first lap. Thanks for that Danny, as I might have otherwise eased back on my pace.

I was then left to my own thoughts as I started the second lap. I looked up and around, taking in the view and the now elongated snake of runners before me. With fellow parkrunners passing me with lesser frequency,  I settled in to my usual place, somewhere near the back of the middle-pack.

I really enjoyed today. Oxford is a special place for me. Who would have thought it, many summers ago, when I first visited Oxford, that one day I’d be running non-stop for three miles round University Parks, much less run my first ever Half Marathon in and around the city?

..which were also Danny’s parting words to us as we made our way out of the park. He was referring to our waiting for the Woodland Trust to change their mind and let Tring parkrun back into Tring Country Park. Like I said, Danny is a nice guy, full of the parkrun community spirit and positivity. Thanks Danny.

As we left the park and made our way past Lady Margaret Hall and along Norham Gardens, I happened to say to Cathy “I did my parkrun good deed of the day just now. I found someone’s barcode on the ground near the finish funnel and handed it to the RD, just in case it resolved a ‘not known’ entry on the results table.”

“Ah No!”, replied Cathy with a look of horror, “ I was so busy park-faffing that I still haven’t scanned my barcode!”. So we ran back to the park just as the pop-up parkrun was drawing up stumps for the day. Luckily, Cathy was able to get her barcode and position token (duly returned to its rightful custodian) scanned and result recorded. Phew.

#DFTGYBS – Don’t forget to get your barcode scanned!

One thought on “City of Dreaming Spires,” 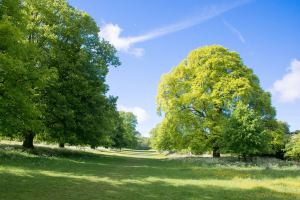 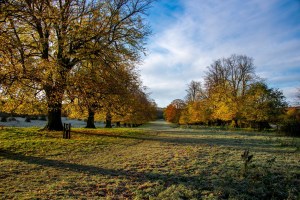 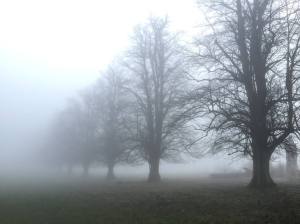 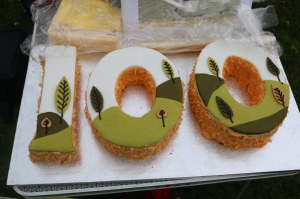